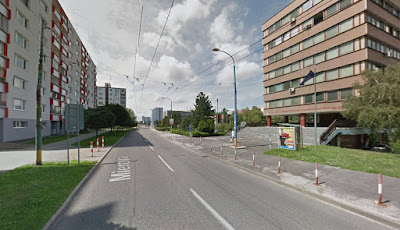 Google Maps now has me located at Mierová 30, 821 05 Bratislava, Slovakia. I am now 41.7 miles from my next destination and goal point. And there is 2.7% of my overall Trek remaining.


“he was open to raising taxes on the rich…and breaking one of his party’s core policies dating back to the 1990s…Trump released a tax proposal last September that included broad tax breaks for businesses and households. He proposed reducing the highest income tax rate to 25 percent from the current 39.6 percent rate. "The middle class has to be protected," Trump told NBC. The rich are "probably going to end up paying more," he said.”

And from the New York Post’s Marisa Schultz


“Donald Trump played political chameleon on Sunday, saying he now wants to raise the minimum wage and is open to higher taxes on the rich — a reversal of two positions that puts him more in line with core Democratic platforms. “I am willing to pay more. And you know what? The wealthy are willing to pay more,” the presumptive Republican presidential nominee told ABC’s “This Week.”

The questions are coming fast and furious -

What script is Donald Trump following?

Does he truly understand that he is running for the Office of the President of the United States?

Does Dick represent us all?

And this morning I baked, or should I say I tried to bake two loaves of No-Knead bread. 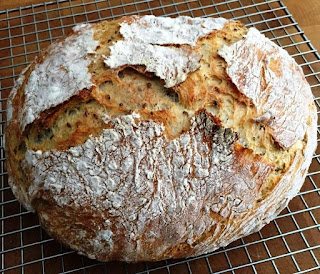 the other, hell I’m not sure what it is… I used White Whole Wheat and Coconut flours, Sourdough Starter, Yeast and Trail Mix. 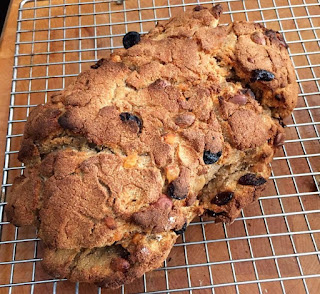