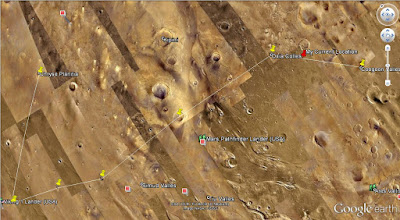 My virtual trip continues on Mars. (I trully wish at this moment of time, with only a couple of weeks before the election, that there was available a one-way ticket to colonize the red planet.) I have now completed 19.3% of the distance to my next destination and goal point. Soapbox - 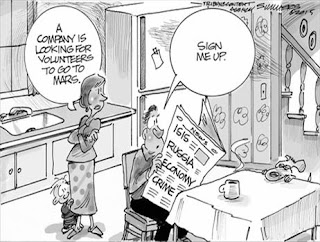 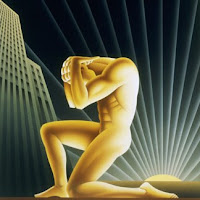 I thought I was a moderate liberal, but I think I have completely lost any type of comprehension of what is going on regarding this current Presidential campaign.

Is it possible that there are candidates who believe that they are greater than the qualifications and expectancies that the Consitution and the Bill of Rights have been so ratified? Are there candidates who believe themselves to be "genetically" beyond the typical American, who may or may not be qualified to run as the leader of one of the most influential countries on this small globe?

"the character Hank Rearden was a supremely moral man whose faults sprang from his conflicts with the destructive moral code of his enemies, and an inability to understand the nature and purpose of those enemies. In Atlas, Rand literally cast the enemies of Rearden (and the other heroes of the novel) as seekers of death, people who truly did not want to live and whose primary goal was the destruction of all that was good, even in the face of the full knowledge that their own destruction would inevitably follow."


Are we headed in that same direction? 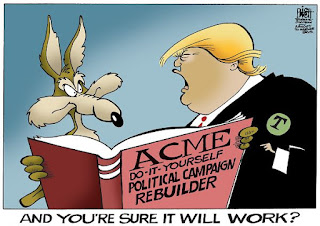