Today I decided to take a day off from pedaling on my Schwinn 170.

One of the first things I did this morning was to write my 750 Words. This is an exercise every morning that I just write down whatever comes to mind in at least 750 words. It is a daily writing practice originated by Julia Cameron in her book The Artist’s Way. Julia Cameron suggests that one write his/her words longhand.  The idea is to just “brain-dump” so-to-speak and just write. It does not have to make any sense. It is just my own stream of consciousness as I write.

But it has been many years that I have even attempted to write a couple of sentences longhand. I was directed to the site 750 Words, thank you TQ, and I now have been using the site 750 Words for 514 days. The 750 Words site provides an alternate way of getting the morning pages done by typing.   I am now just shy of 400,000 words at 394,867… And of course this does not include the number of words I type for my blogs. Yes it is a part of my regular and daily routine.


This morning, my exercise was 2 and ½ hours of yard work… I suppose the climbing up and down, and the lugging of the step-ladders can sort of count as some sort of cardio-exercise. I know for sure that I am not sitting on my keister. All-things-being-equal I think I can guesstimate that I may have burned up about 500 calories. 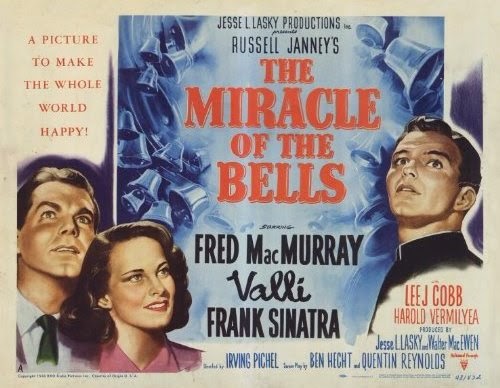 I watched an RKO 1948 film last night, (one that I had never heard of), The Miracle of The Bells. The main actors were Fred MacMurray, Alida Valli, and Frank Sinatra. About halfway through the film, at which I had to rewind because I had fallen asleep, I asked if the female star, Alida Valli who in the film was rehearsing the role of Joan of Arc, was Ingrid Bergman. She had a similar accent. And of course she wasn’t.

“The film was put into production at the same time that Ingrid Bergman was filming her own Technicolor Joan of Arc, which was also released by RKO in 1948. Ironically, the very expensive Bergman film, although much more highly regarded today, was not a success upon release, unlike the fictional Joan of Arc film depicted in The Miracle of the Bells.”

Guess there are many triggers out there that set the unknown 90% into motion. 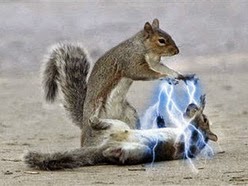 Of course one of the Tampa news headlines is about a squirrel and some power outage… near the University of South Florida area. No bull! This is what makes the Google News for Tampa Bay. “Squirrel knocks out power at USF, again.”

Check out my update of our current progress on our new Equality quilt at Quilts SB.

This is my 736th Jim’s Trek post. And according to Blogger Jim’s Trek has recorded, as of this morning, 56,728 Pageviews.