My virtual Trek image may seem to be a repeat and my response is yes, it may as well be… First of all I am journeying through Australia. I'm moving south in Northern Territory and all-things-being-equal I’m not as yet back in the Outback.

I think I picked a very apropos viewing companion this morning while I was pedaling – Star Trek Into Darkness. "Space: the final frontier. These are the voyages of the starship Enterprise. Its five-year mission: to explore strange new worlds, to seek out new life and new civilizations, to boldly go where no man has gone before."

NASA successfully launched Orion yesterday. "Orion is NASA's next exploration spacecraft, designed to carry astronauts to destinations in deep space, including an asteroid and Mars."

I tried two new recipes last night – Spanish Town Scotch Bonnet Shrimp and Rice and Peas. Yes both are considered Jamaican recipes. The Shrimp dish was something I do not ever remember tasting.  Maybe there were something similar.  The Rice and Peas was certainly different from the recipe that I grew up with. Supper was good and of course, I broke my promise to myself and I did have a second helping. (And of course LD I did not make this one for you.) And my blood sugar this morning hit at 97. Damn good. 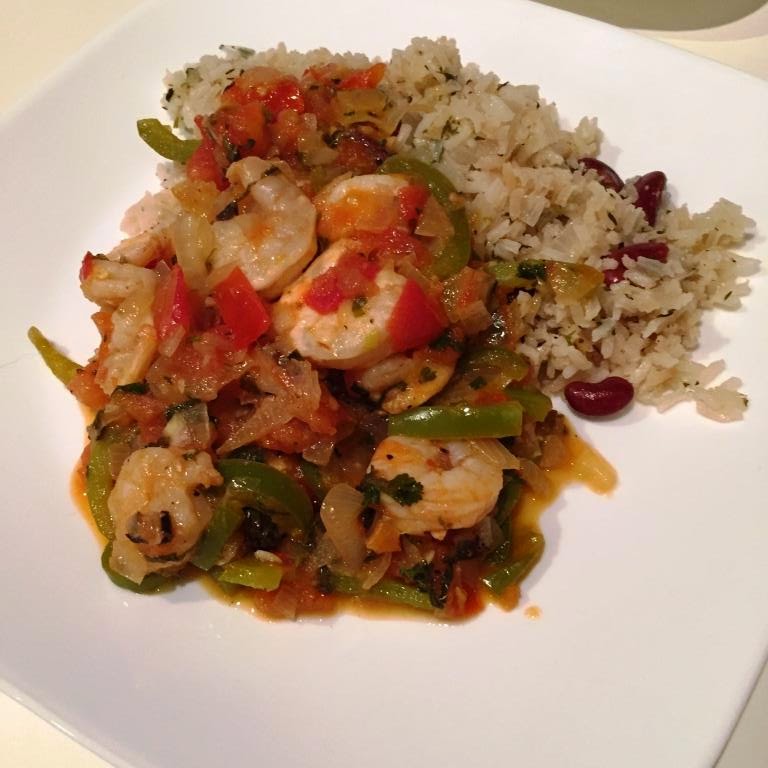 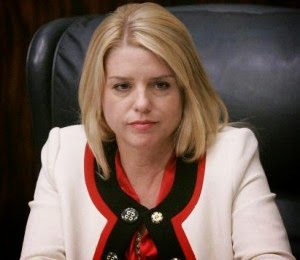 Question – Is AG Pam Bondi acting, albeit reacting in token good faith, on behalf of the population of Florida or as of her perceived and possibly forth-reaching political aspirations?

“Bondi brings Florida into lawsuit against Obama over immigration”, PalmBeachPost.com.

Case of “cut off your nose despite your face”?

"Florida's Hispanic population includes large communities of Cuban Americans in Miami (mainly from refugees fleeing the Castro regime) and Tampa, Puerto Ricans in Tampa and Orlando, and Central American and Mexican in inland West-Central and South Florida, like the Lake Okeechobee area. The Hispanic community continues to grow more affluent and mobile: between the years of 2000 and 2004,Lee County in Southwest Florida, which is largely suburban in character, had the fastest Hispanic population growth rate of any county in the United States." (Wikipedia – Demographics of Florida). 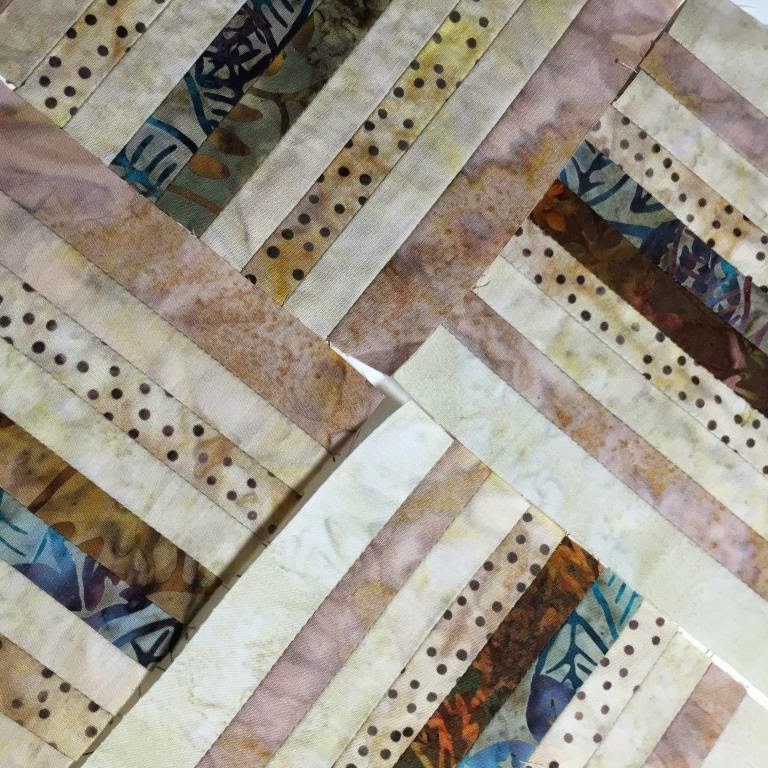 All the strips for our new Chopsticks quilt. Each rail fence block will be composed of 10 strips. We’ll be playing with the organization of the blocks to create a moving design.  Follow updates at Quilts SB.

This is my 735th Jim’s Trek post. And according to Blogger Jim’s Trek has recorded, as of this morning, 56,689 Pageviews.