And this morning I have completed 75.8 % of the distance to my destination and goal point. 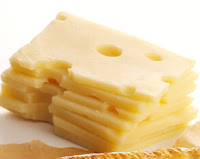 Early morning blood sugar count was up at 130 mg/dL. Guess I’ve got to stop snacking on too, too much cheese. I love cheese, and when I start I just can’t stop. All-things-being equal there is 28 grams of carbohydrates in one slice of Cheddar Cheese.

I just couldn’t stop. And then I ate supper, double helpings of course. Supper was very, good.

Are these the gasps of a terminated Julius?

“Well, it's over now – right? He may have three and a half years left in office, but Donald Trump is finished. The Charlottesville tragedy was the final stake through the Grinch-heart of his presidency. If he didn't deserve it so enormously much, it would be sad...
...Trump has shown, once again, that his power to bring out the worst in people is limitless. And we should know by now that he's never finished, never beaten. Historically, he's most dangerous when he's at his lowest. And he's never been lower than now.”


And then today, August 23, Julie Hirschfeld Davis of The New York Times reports “Trump to Congress: Fund the Wall or I’ll Shut the Government”.

“President Trump issued an extraordinary challenge to his own party late Tuesday, threatening to shut down the government in a matter of weeks if Congress did not fund a wall on the southern border that was a signature promise of his campaign for the White House.”