I also reached my destination, the center of the Wislicenus Crater. Thus far on Mars, I have traveled 3,207.9 miles or 5,162.6 kilometers.

I’ve decided to change my direction on the virtual part of my journey. I have now headed in a southeasterly direction to the Bakhuysen Crater. According to WolframAlpha, it is 230 miles from the center of Wislicenus Crater. 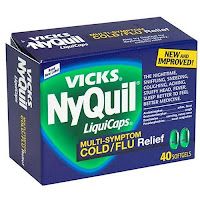 And this blasted allergy season has not only done a number on my nose and sinuses, let alone the decibel level of my sneezes, I just read that there is some correlating possibility that it can influence my blood sugar levels. It is not necessarily the actual allergies but it may be some of the over-the-counter medication such as antihistamines and decongestants. And guess what I have been taking? DayQuil and NyQuil. I get the nighttime relief but the increase in my blood sugar when I record it in the morning has had me puzzled. It has been inching upward these past couple of weeks and this morning I clocked in at 147 mg/dL. Damn the Quils. Problem solved? Maybe?

And in Florida, we must worry about alligators moving about during the mating season. A wide berth to any massive gator is the rule of thumb. But in Ayr, Australia t’ain’t the gators to worry about. 5-foot Bull Shark in the middle of the road. 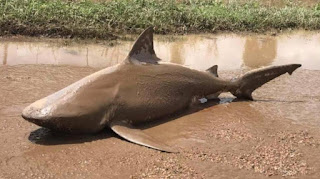 Guess one always has to check under their car no matter where one lives.

How many more days?

From The Washington Post “The Trump White House is in deep legal trouble, according to Trump’s own standards.” Aaron Blake, March 31, 2017.

"And here's Trump in late September: “The reason they get immunity is because they did something wrong. If they didn't do anything wrong, they don't think in terms of immunity. Five people. Folks, I'm telling you: Nobody's seen anything like this in our country's history.”