Just been thinking about converting from Goggle Blogger to WordPress. I do not make any money or compensation for using Blogger. I do not pay anything for the use of the program. 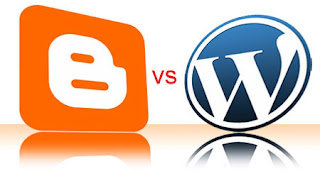 A quick investigation of WordPress revealed that in order to use WordPress at almost the level that I use Blogger I would have to pay a monthly surcharge. And the only reasons that I can find for using WordPress is that I could, and may realize some revenue. Why would I then want to earn revenue on something that I am not thinking that I would want to be tied to as a business to make money? I’m not sure if I lost something somewhere in the translation. Just thinking.

Oh yeah I read something somewhere that I the monthly charge includes the possibility that I would not have to learn the programming language used with WordPress to get additional effects. But I already know how to use the HTML language to a degree that I need for Blogger. So what would be the reasoning for me to switch. As I wrote, I’m just thinking.

For thought, and no pun intended. I am currently reading Andrew Coe’s 2009 book Chop Suey, A Cultural History of Chinese Food in the United States. The material is informative and, hell since I like Asian food I thought I would just add something to the grey matter floating between my ears.

“After the Civil War, the anti-Chinese racism that had long simmered in the West came to a boil. The migrants who now streamed into California, many of them from Ireland, discovered that most of the jobs on the major construction projects – the railroads – where reserved for Chinese. These white migrants formed “anti-Coolie” leagues and trade unions that made expulsion of all Chinese people from the West one of their prime goals. Politicians discovered that promoting the cause that “the Chinese must go!” could win elections. Newspapers jumped on the bandwagon, reprinting Bayard Taylor’s most incendiary writings and fanning the flames in order to sell more papers. Local governments passed a number of discriminatory laws designed to make the lives of California’s Chinese more difficult. The Chinese could not vote, but they did fight back with lawsuits and diplomatic initiatives, which were only partially successful. In October 1871, during a gunfight between two Chinese gangs in the street nicknamed “Nigger Alley,” the heart of Chinatown in Los Angeles, a white man was killed in the crossfire. In retaliation, a mob of a thousand white men armed with “pistols, guns, knives, ropes” stormed the quarter and killed over twenty Chinese people. Eight men were eventually found guilty of the murder, but their convictions were overturned. This massacre caused widespread revulsion, but that wasn’t enough to stop the anti-Chinese movement, particularly after a financial panic caused record unemployment in California…”


Doesn’t sound like, excepting the ethnicity of the discriminated populaces, much has changed in 145 years in the United States.


Strip #5 of Phase 1 has now been added to our new Elation construction, without revealing our complete design. That’ll be the surprise. Andy and I think you can see where we may be headed. 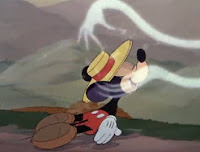 Loaf #76 is baking in the oven. No-Knead White Whole-Wheat plus Multi-Grain Flour.  The aroma is wafting through the house.