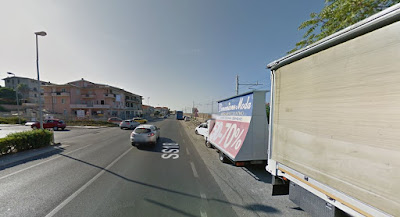 "Every member of Congress can bring one guest to the State of the Union address. The President may invite up to 24 guests with the First Lady in his box. The Speaker of the House may invite up to 24 guests in the Speakers box. Seating for Congress on the main floor is by first come first serve basis with no reservations. The Cabinet, Supreme Court justices, and Joint Chiefs have reserved seating."

It just seems to me that no matter what some politicians cannot be trusted to even account for their own line and thought of truth...

"But by mid-afternoon, rumors emerged that Davis had secured her ticket through Rep. Jim Jordan, a Republican from Ohio. Jordan told BuzzFeed News that his office provided the ticket through a third party, but he did not know until after the announcement on Tuesday that it had gone to Davis.

“Kim Davis used our ticket,” he said Tuesday evening. “Our staff heard from the Family Research Council that Ms. Davis and her family hoped to attend the State of the Union address and so I offered a ticket.”

However, Huffington Post reporter Matt Fuller’s reports painted a less clear pathway for the invitation. In the first of two interviews, Jordan initially told the Huffington Post he “didn’t invite anyone.” He also said he gave his gave tickets to the Family Research Council, a conservative group that opposes LGBT rights, but would have to check with his staff to find out if the tickets went to Davis.

Jordan later told the Huffington Post: “Yeah, so we gave a ticket to — at the request of the Family Research Council — we gave the ticket to Kim Davis’ family.” 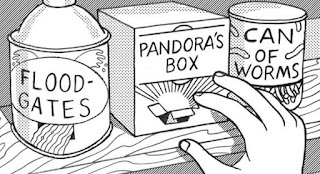 The whole can of worms is the biggest crock of BS. Period. 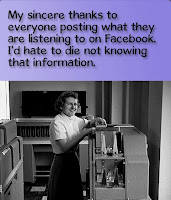 And just to hammer the point, in an article today on Stuff.co.nz - "How Facebook makes us dumber"

Why does misinformation spread so quickly on the social media? Why doesn't it get corrected? When the truth is so easy to find, why do people accept falsehoods?

A new study focusing on Facebook users provides strong evidence that the explanation is confirmation bias: people's tendency to seek out information that confirms their beliefs, and to ignore contrary information.