The screen over the pool cage has been completely replaced. Screen Solutions provided tremendous work and service. And now we’ll keep The Pack in and the squirrels and snakes out, another plus two years.


This morning my Trek on my Schwinn 150 completed an additional 16.5 miles. My location is GA-4 N/US-23 N/N Pierce Street. Only 191 miles to my next Interlake address location.

It appears that winter is sort-of over in Tampa. I checked the Crepe Myrtle, which I trimmed in October, and I discovered that it is sprouting again. Three days of winter not bad, even though it is over cast, damp, and somewhat on the “damn, I need a sweater” type of cold. 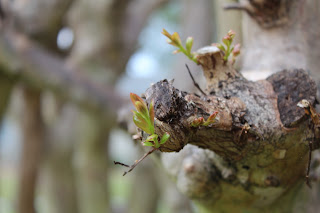 Upstairs, Downstairs introduced the antiquated predecessor to eMatch.com and on-line dating; the Pen-Pal. Horrors! One had to write a decent and well-composed letter… But of course, he didn’t appear to look like Rudolph Valentino… as did his photograph. As this was filmed in early 1970s representing the 1920s, it is amazing that the words of caution are similar to those of the 2010s warning about “unknown” communication and liaisons via the Internet. 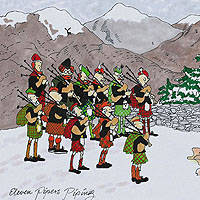 And wondering what one does with 11 Pipers piping... after a couple of minutes.  Was this true a true love an aural sadist?

Just discovered the CK's ggg-grandmother Marie Louise Pariza's maiden name was St. Thomas. Check out my search and research at A Genealogy Hunt.