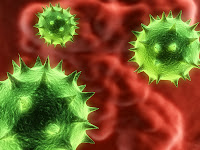 Looks like I am going to survive… not that I didn’t expect I would, but I tell you the probable dosage of Norovirus is certainly one way to lose weight fast. I dropped 7.2 pounds in about 72 hours. I wonder if there is some sort of correlation between the 7’s and the 2’s…

ABC Action News announced an Alert – New Norovirus strain, tied to 140 recent outbreaks, arrives in Tampa Bay. And where am I? Tampa Bay!

You know, there may be a microscopic application for a quilt design hidden somewhere...


My one suggestion, if you should be so unfortunate, drink as much water as you can. Keep yourself hydrated. 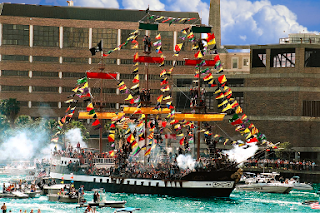 Today Tampa Bay celebrates the raping, the pillaging, and plundering by the notorious José Gaspar and his band of merry, questionable, cohorts. It is Gasparilla… Methinks that the news media in Tampa are pushing the Gasparilla Parade a wee bit when they reported that it ranked as one of the top three parades in the United States. Sometimes I am always at a dither as to our local Fox News sources. Maybe they could report that José transported the Norovirus to our locale??? 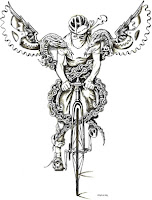 The inserted image is from the Brooklyn Bike Doctor.