My Trek has turned to the south, a complete opposite direction from my route to Seattle. I am at Hodgenville Road at the corner of State Highway 793. I’m on the outskirts of Greensburg, Kentucky; population about 2,400. 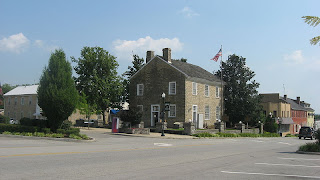 My stats this morning –

Trying to understand why the Google Intellegent Learn Something News, apart from the fact that the word Intelligent is spelled incorrectly, believes that of the 20 headlines, presented to read to become “intellegent”, six of the articles concern the New England snow storm. At least this time only one article highlighted is about sports. Whew…

Last night I did make a smoked sausage and bok choy hash. Certainly not bad, especially as I have only ever cooked bok choy with Asian spices and additions… Obviously the carbohydrate levels were pretty low, my blood sugars were damn good this morning.

Another member of the cast of Continuum literally drops in from time. Guess his clock was running a bit slow. I suppose this episode is presenting more shreds of evidence for me, the viewer, to tie in what has already been presented. It’s definitely not a show that one can just jump in at any subsequent episode… One needs to start at the beginning. 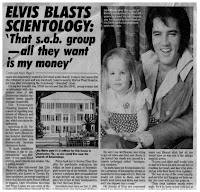 Just wondering why the Melbourne IAS, aka the International Association of Scientologists new video uses a fake Elvis? I thought Mr. Presley actually countered publicly against Scientology. Wonder if it is couth to create a market campaign laden with lies? The video, as reported via The Huffington Post, is a plug for more financial donations.

The schematic top of Blumish Two has been sewn together. We’re both very pleased at where the final quilt result is headed. Stay tuned to Quilts SB for updates.