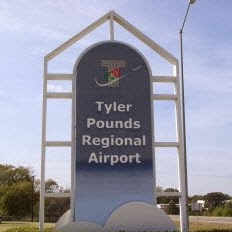 This morning I awoke and I mentally struggled whether or not I should get on my Schwinn 150. I did take yesterday off from cycling and I thoroughly enjoyed my birthday… And thanks to all for the well wishes.

And I would like to get one thing straight. Someone asked me if I thought whether this new year would incite reflections of “it’s all downhill from here”. My immediate response, “NO.” I stated that I have too much to do and learn. I am not ready to see the end of this journey. I am ready for new journeys, new expeditions; both real and virtual. I have not as yet thrown in the towel.

My virtual Trek has me headed east on TX-64 toward Skyway Blvd. I am east of Tyler Pounds Regional Airport. I am now 21 miles from my next Interlake address goal. This will be my 35th Trek goal.

Sitting on one's porch and watching the sun set in Putin-land, is it possible to humanize speech?

Quote "Free speech is an endangered species..." Close-quote. Just wondering if SP knows with the “ ” represent.

Beware of wolf in sheep's clothing. "Ian Bayne’s resume resembles that of a founding father more than a contemporary American professional."

And while watching the next episode of The 4400, I was trying to figure out who were the good guys and who were the bad guys. From the fictional and fantasy train of thought I was trying to figure out which and who was a part of which side. My train of thought immediately moved to the present day and the professed squabbling on some of the social media sites.

L. Frank Baum created four witches in his land of OZ; the good witches in the north and the south and the evil witches in the east and the west. In the first book both wicked witches are killed. Then a new wicked witch of the north is introduced in his second. Later I believe he added another wicked one. Well that is four wicked and two good witches. So the my question today is which witch is which? Be afraid. Be very afraid.

New coffeemaker made it to the house. Surprise. With surprise discounts and sales I saved $90.00. I am now obliged to get back on my Schwinn 150.