Today I completed my 20.3 miles on my Schwinn 150. I’m still on the highways 14, 61, and 27. I am located at East Hills Road next to a mobile home community where the streets are named: Linda Lane, Judy Avenue, Andy Avenue, Kelm Avenue, and Krissy Lane. Also I am just about southeast of La Crosse, Wisconsin. The B marks my spot.  Minnesota here I come. 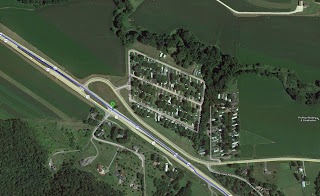 I’m trying to find out the best potato to use for Hasselback potatoes. Anyone out there in Internetland know?

And today is Chocolate Caramel Day. Who comes up with these days of celebration? Please don’t tell me that it is our elected officials spending our tax dollars. This is also National Spring Fever Week… Does this mean the break from schools or the honking of reactions to airborne allergies? 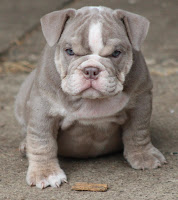 Only in Florida we have barking and growling interpreters – (And I just summarized the best parts… of the media coverage.) Billy E. Brown, 78, was shot in the thigh by his dog as he drove to a deer-hunting spot in Pasco County. The bulldog, named Eli, apparently became excited and knocked into the rifle. Police have ruled the shooting accidental and did not detain the dog for questioning. No word on whether Lanier gave him a treat when they returned home, however. And really? I wonder how if there was any Pasco police officer versed in dog-languages?

The “English sweating sickness” is the major theme of today’s episode of The Tudors. Even though nothing, historically, has ever determined the actual cause of this mysterious disease the symptoms and signs sort of sound like a major version and onslaught of the Norovirus…

Be healthy, and enjoy.