My thoughts are that there be no more tragic incidents in the current pursuit of the Boston Marathon violence suspect. And is the media ever doing the job by dragging out every question and response to the nth degree, especially when “a couple of cars are beginning to move…” and “…a couple of cars moved in, and a couple of cars pulled out…”

I completed my daily cycling on my Schwinn 150 Trek. I finished 20.8 miles and burned 601 calories. I am still headed north on North Dakota 18 N, also known as 140th Avenue NE. I have just crossed over 80th Street NE. The roadway scenery has not changed, fields and woods and road as far as my eye can see.

Hoople, nicknamed “Tatertown”, North Dakota is just southwest, a short distance from where I am. The 2010 population of this Tatertown was about 242. Hoople is best known for the location of the University of Southern North Dakota… a fictional university created by the comedic musician and composer Peter Schickele, aka P.D.Q. Bach. Okay…

Peter Schickele, in the above YouTube video is the commentator who spends Christmas at his part-time job. 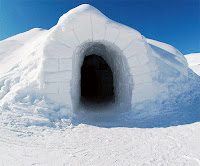 And it is now 28°F in the area near and around where I’m at. I did pass by a couple of modern-style homesteads built for the region.

The Tudors – Penultimate episode of The Tudors. Henry is old. Henry is moving slowly. Henry believes that everyone is out to get into position. Increased angst between the Roman Catholics and the Protestants... the Reformation is confused.

All 81 9-inch block of our new Equality quilt have been joined together. Now the corners and the border are in progress. We are thrilled at the combination of the fabric colors. I am currently working on the quilting pattern. Check our status and progress on Quilts SB.