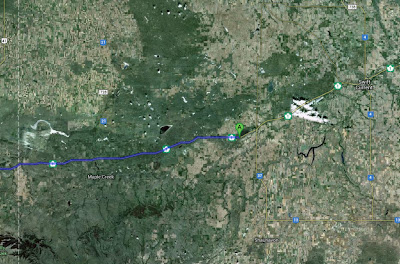 The “A” label on the Trans-Canada Highway in Saskatchewan is my 3,301 mile marker. Today I completed 21.0 miles. I burned 682 calories as I also increased the resistance on my Schwinn 150 to 9.

My direct mileage goal from my house on Interlake Drive in Tampa, Florida to the same number on Interlake Avenue in Seattle, Washington is 3,301.0 miles. Obviously I have not, as yet on my Schwinn 150 Trek made it to Seattle due to the addition of approximately 25 Interlake address locations on my way. Currently I still have two more, I think, before I actually reach my Seattle destination. Every mile over the 3,301.0 miles is an extra bonus to my complete Trek.


My stats on my target goal day…

Well the Hurricane and Rainy Season began with our street flooding. Flotsam and jetsam were cleaned from the tarmac and road and washed up on the shoreline of the easement. The Yellow Bamboo is weighted down with the downpour and pour little Tinker screeched bloody murder on her walk late last night when a bamboo tendril reached down and brushed her head. And from NOAA there is a slow moving disturbed weather event making its way north-northwest in the Gulf of Mexico. There is a 10% chance of it becoming a tropical cyclone in the next two days. 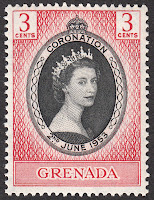 Today is Bubba Day. And today is the 60th Anniversary of the coronation of Queen Elizabeth II, Her Diamond Jubilee. God Save the Queen.

Second half of Harry Potter and the Order of Phoenix completed. The second major battle with Lord Voldemort is a main theme of this darker version of the series. Next film, number six.

Well, supper last night was a messy success… Samgyeopsal gui, pronounced, in Korean I think, "sam-jup-sayee-tchu-you-aw-eee". Grilled pork belly, Shitaki mushrooms, zucchini, hot peppers and onions. Green onion salad with sesame oil and soya sauce dressing. All these items placed on a lettuce wrap topped with homemade Ssamjang, "sam-zchan", sauce. I would definitely make this meal again, and use a lot of serviettes.

The cluster of seven planets and stars for Astro-Physics has now been added to the overall construction of the background. All 15 have been attached and sewn. Just wait until you see it. Our border for our Astro-Physics has been designed. Double-Entendre afghan is now 53” long. Check Quilts SB for updates and progress reports. Watch out for the construction of our new Afghans SB blog…