Today begins. The Pack’s antics just up until each one chows down on his or her bowl of kibble could send one scrounging for some ear-plugs… similar to the ones that ticket-holders have at a concert. (Something I never understood.) Once they have all eaten and each bowl has been licked clean at least five times, the house is quiet then each Pack quadruped finds his or her space to take a nap… One, two, three, four, and five. All are in their chosen and designated spots. Quiet.

And I really and truly did not want to get on my Schwinn 150 this morning. Yup, I checked them. My Biorhythms are all in the negative zone below the 0%. Both my Physical and Emotional cycles are scraping the bottom of the barrel while my Intellectual cycle is headed close behind. My Primary Average is in at -43%. Message for today: Take it easy.

Anyway, after my 21.2 miles this morning, I am still on the Yellowhead Highway and I am located just on the outskirts of the town of Langenburg, Saskatchewan. That is correct; I have now crossed over from Manitoba to Saskatchewan. My heading is in a northwesterly direction and I am, in the vicinity of about 203 miles from my next Interlake address location goal. 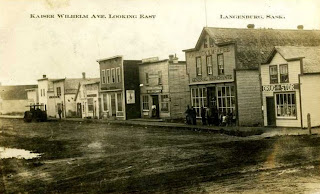 The population of the town of Langenburg is about 1,100. Originally it was the community called “Colony Hohenlohe” after Prince Holhenlohe von Langenburg who visited western Canada in 1883. 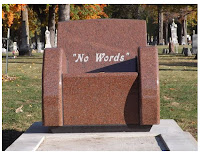 I appear to have slowed down in my genealogy search and research projects… and I think I found the reason why. I truly have “No Words”.  Check out my work at A Genealogy Hunt.

And this morning I received one of those “this is your lucky day” type emails. This one is from Mrs. Ngozi Okonjo Iwuala, accordingly the current Minister of Finance of Nigeria. It appears that one of my penned claims has been sitting on her desk for about two weeks regarding the authority that I had passed on to a Mr. Croft of Australia to claim my money on my behalf. Are these people that stupid, or should I say are there that many persons out there in Internetland who are that naïve that they believe that there is a pot of gold at the end of some rainbow, in Nigeria? And just think, Mrs. Iwuala provides me with the instructions, in her email missive, that she will direct me “on how you are going to receive your fund via Automated Teller Machine System (ATM CARD).”

Now here’s the rub Ngozi Okonjo-Iweala is truly the Minister of Finance of the country of Nigeria. From what I have read, she is an extremely well-educated and well versed person in the area of finance and economics. Why would a graduate of Harvard and a PhD of MIT, in the upper reaches of a government’s political system, be concerned at the wherewithal of my pitiful finances? On the other hand, I wonder if she has any slight inclination that her name and former position is being used for some Internet criminal’s gain?

The film this morning is Anonymous. This movie is a historical drama plied with your typical positioning in the world of politics, literature, and sex.

The theory put forth is that William Shakespeare takes credit from Ben Johnson who in turn takes credit from and is acting as a ghost for the supposed correct author, Edward De Vere, Earl of Oxford. This is known as the Prince Tudor, as Tudor Rose, theory.